SB 1796 would have abolished permanent alimony, included provisions relating to retirement, and created a legal presumption that 50-50 timesharing was in the best interest of a child.

“If CS/CS/SB 1796 were to become law and be given retroactive effect as the Legislature intends, it would unconstitutionally impair vested rights under certain preexisting marital settlement agreements,” Gov. DeSantis wrote in his veto letter, citing Art. I, §10 of The Florida Constitution. 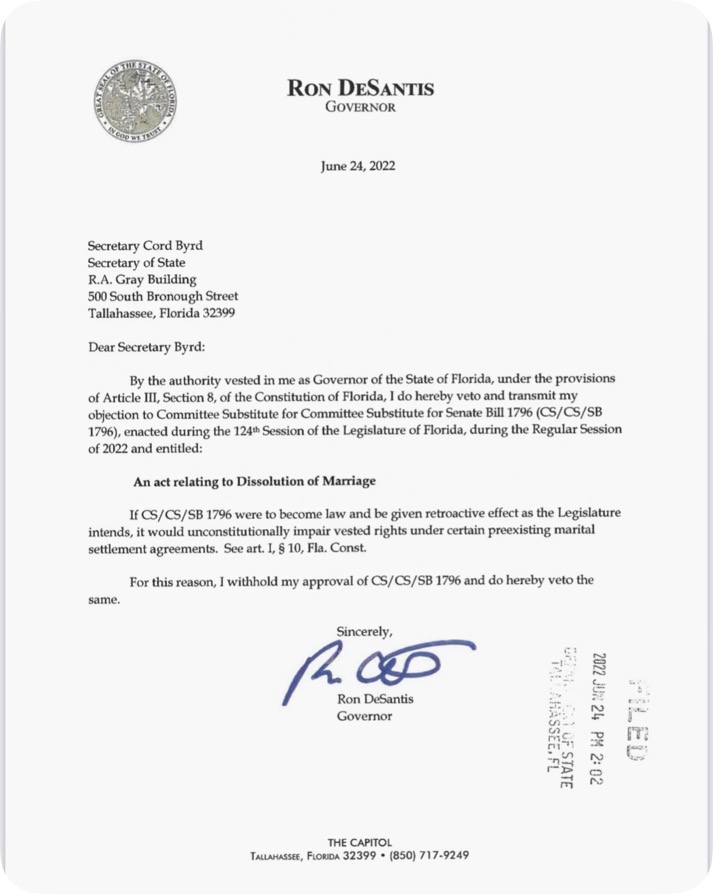